Today we’re going to talk about some hard truths.  What we’re NOT going to do… is hold hands and sing. -Sean Patrick Flanery

Fact # 1:  Every single human out there wants to increase their pleasure and reduce their pain, unless, of course, there is a design flaw.

Fact # 2:  I am in possession of a strategy that can ABSOLUTELY increase the pleasure and decrease the pain throughout the course of the lifetime of every single fat person out there. 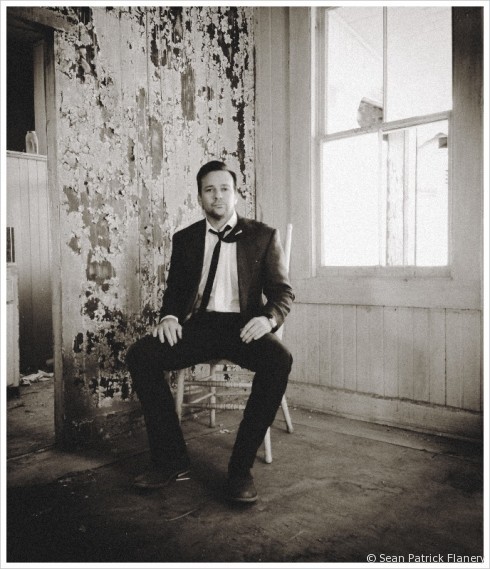 For those of you who are angry and want an image with which to direct your anger, here I am… fire away. -Sean Patrick Flanery

That’s right, I know exactly what drives you, motivates you, and directs your decision making.  It’s called the pleasure/pain principle.  Every single thing you do in your life is based upon this.  And THIS… is why people are FAT!!!

Let me give you an example.  You are standing in a field and there is a giant rock next to a tiny little soft puppy dog in front of you.  Do you go over, pick up and hug the puppy?  Of course you do!  It’s a puppy dog and it’s going to lick your neck and make you feel all giddy inside!!  Now, what if I told you that right behind that big rock was the same grizzly bear that ate that dude from the documentary “Grizzly Man”?  (By the way, every single person out there should immediately watch that doc.  It is simply genius, in a completely & wonderfully unintentional way.)  The answer is, you would go nowhere near that puppy.  And let me just stop all of you out there that are screaming, “yes, oh yes I would, I would DIE for that soft little puppy dog!!!!”  Uh, no you wouldn’t, so just stop it & sit down.

So, what does this have to do with being a fattie?  Everything.  You see, sitting on that couch eating ice cream is that soft little puppy… and having diabetes or cardiac arrest at 45 is the bear that is hiding right next to the spoon.

This is what I can tell you.  If you are fat and unhealthy, then your life will almost certainly contain more pain than pleasure.  The tricky part is that at this point the pain is mostly out of sight, so it’s not an effective deterrent.  AND, by the time you see it, it’ll be too late.  You will have mortgaged your longevity for the short-term pleasure of inactivity.  I can also tell you this: the pain you will feel from the sum total of hours that you will spend in a lifetime of working out will PALE by comparison to the pain endured by the diseases that it’s absence will most certainly bring on, and by the tiny little inefficiencies in your locomotion caused by your size that you don’t even notice anymore, and by the shortness of breath that just seems normal after all this time.  THIS… is just a fact.

Now, for the REALLY unfortunate part:  what I’ve just told you is an absolute.  It is one of the divine laws of the universe and it cannot be changed.  It is inviolable. If you don’t eat right and exercise, you WILL endure more pain throughout the course of a lifetime, and ultimately pay dearly.  Will you postpone the pain for mild short-term pleasure if you don’t?  Yes.  Will the pain win in the end?  Yes, without question.  So, what is the recipe for prevention?  …Pick one.  Just about every single diet and exercise program out there works.  BUT, they only work if you do them.

Now for the REALLY, REALLY unfortunate part:  I’ve just told you in no uncertain terms how to increase your pleasure and decrease your pain throughout your lifetime, but only 5% of the people that need to make a change will actually do it.  That’s right, only 5% of the people in the world ever actually make worthwhile goals and deliberately set out to persistently and relentlessly pursue them until they achieve them on a regular basis.  These are the metrics for humanity.  They have always been the metrics for humanity, and they have never waivered in any measurable amount.  You cannot debate the statistics or the analytics.  You CAN, however, argue that you are not one of the 95, but you cannot argue with any degree of success that the 95% doesn’t exist.  It does, has, and will most likely always.  BUT, I intend to try to destroy it… with your collective help. You see, I actually think that THIS rule IS violable. I think we can reprogram ourselves to maximize our gifts. I think we can recalibrate our vision to see that the long term benefits of living a healthy life will FAR outweigh the pleasure of inactivity and unhealthy habits. Simply put… I think we can do better than 5%. I think we should be ashamed of ourself… and yes, I meant for that to be singular. All we need is one person who would’ve otherwise remained on that couch, to actually get up, and start changing their future. ONE PERSON, and in the U.S. alone, we go up to 5.000000285%… and that’s a start.

It’s not good enough just to shine.  No, we have to KEEP shining, until tomorrow sees us… and as we all know, tomorrow never sees what it doesn’t see too soon.