I followed a girl (the answer to everything). -Sean Patrick Flanery

True story: Elvis Aaron Presley is ultimately responsible for my life as a martial artist, but that’s a story for another day.

“I remember the revelation it was to me when I realized I’d rather be smart in the way Elvis Presley was than in the way, say, Ludwig Wittgenstein was. The thing was, you could imagine you could be smart like Wittgenstein by just thinking hard enough, but Elvis just had it. It was almost spiritual. A kind of grace.”  -Richard Hell

A lot of people have been asking me about how I got into martial arts… and it is true that I was guided by Elvis.

My first McDojo experience, however, I blame on the magnanimous Glenda Bilbo.  There is usually a McDojo somewhere in the path to martial arts legitimacy and my martial arts trajectory is certainly no different..

There are lessons in every bad decision, and here is yet another act of stupidity… by yours truly . 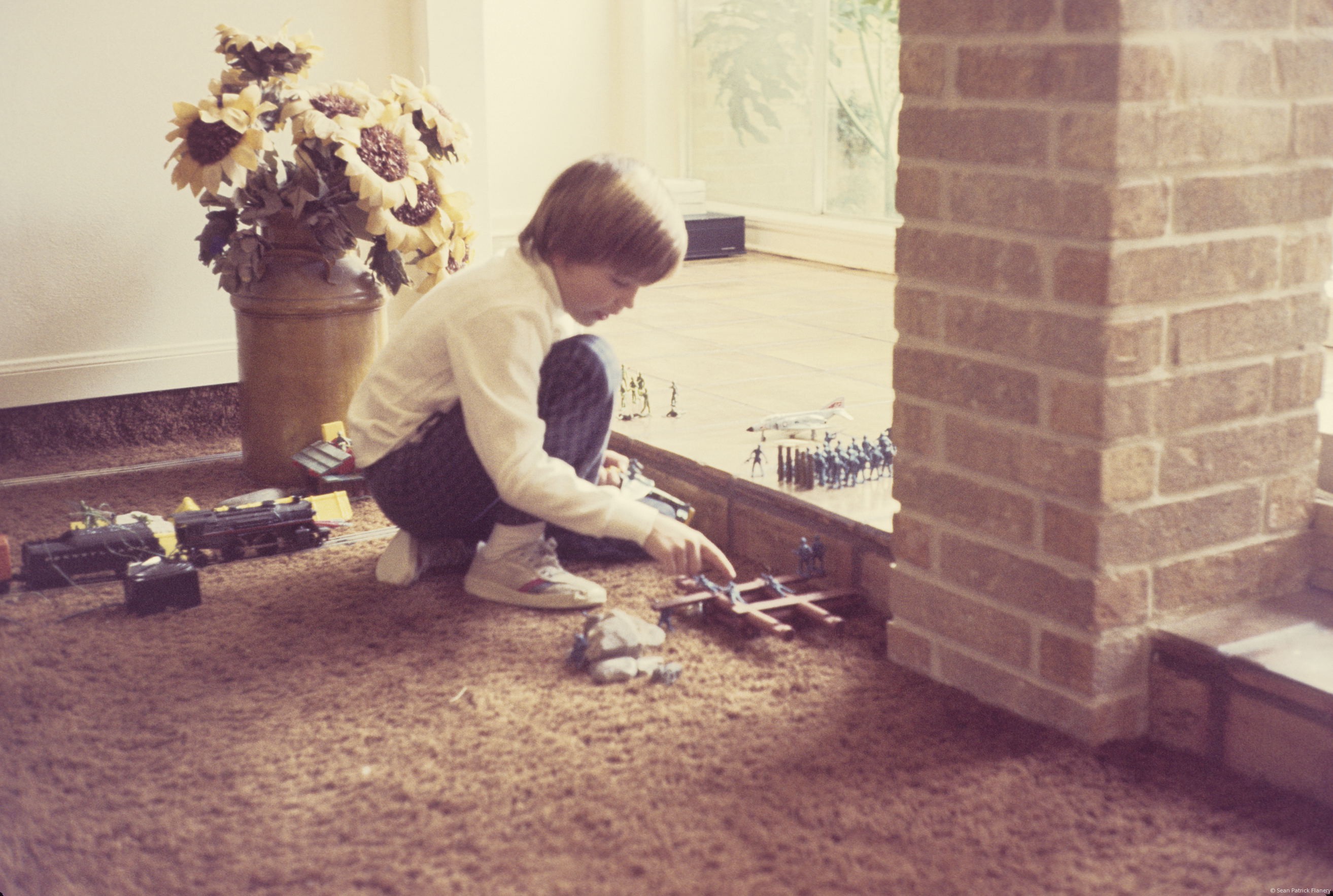 As you can see, I developed an intrigue of combat at an early age, and long before it was frowned upon.

I was seven years old the first time I saw Glenda Bilbo walk home from the Piggly Wiggly. I didn’t care that she was being teased by the big kids for her funny white pants, or the fact that she pushed her bike with a flat tire just so she could carry things in it’s basket, or the fact that she sang that “If you like pina colada’s” song the whole way home. Why?, Because Glenda Bilbo was a stinger missle of another order of stinger missle magnitude altogether. The kind of buttermilk donut that makes you realize what the trouser worm is all about, even if you’re only seven.

The very next day I followed that little dream sickle all the way PAST the Piggly Wiggly to what appeared to be a chinese restaurant right next door, with the words Tae-Kung-Do on the wall. I didn’t have any idea what they served in there, but if it made Glenda grin, I wanted some too. My mom signed me up for lessons the next day.

YES, IT WAS CALLED TAE-KUNG-DO.  I CAN’T ADD ANY WORDS TO THIS TO MAKE IT SOUND ANY MORE RIDICULOUS THAN IT ALREADY IS.  AND YES, I’M EMBARRASSED AT THIS PART OF MY MARTIAL ARTS LINEAGE!!

Sensei sausage told my mom that… well, let me back up a little. The Sensei’s name was Jimmy Dean, like the sausage patties. My Grandaddy thought that that was hilarious and called him Sensei sausage from then on, always adding “damnit boy that little bit ‘o boxin’ I done showed ya’d kick the head in of them sweeties”. Yeah, my Grandaddy was WAY ahead of his time. Oh, anyway, Sensei told my Mom that I’d never have to fear again. That I was as secure as a gun weilding citizen with his tried and true system of hybrid self defense. I didn’t really care, I just wanted to meet Glenda. About two months in I still hadn’t managed to squeak out so much as a hi, when someone ran in from the backdoor of the dojo and screamed “there’s someone breakin’ into a car!”.

**DISCLAIMER: I DO NOT ENDORSE WHAT HAPPENS NEXT.

The whole class emptied out following Senor sausage to the parking lot, where we saw some guy running away from a car with an in-dash stereo in his hands. The guy must’ve panicked with a posse’ of juniors sweatin’ his escape, because he ran into an empty two car garage next to a vacant house. The only problem was that there was a street light illuminating our whole squirt squadron and he was enveloped in darkness.

Snappin’ turtle Sausage yells out “come on out here buddy, we’ve got you surrounded”, or some type of other John Wayne caca-dootle. Silence. Then, I feel a tug on the back of my kimono. I freeze, knowing that my ever-present Glenda positioning system placed her directly behind me. Thank god for Clint Eastwood movies, because I didn’t even look behind me, I just reached around and grabbed her hand.

NOW, CONFIDENCE CAN ALLOW YOU TO DO THINGS THAT YOU WOULDN’T OTHERWISE ATTEMPT, BUT I ASSURE YOU THAT THIS CONFIDENCE DID NOT COME FROM THE SAUSAGE.

About that time, the Sausagista charges into the garage with a loud resonating yell. There was a huge scuffle, and fight sounds that were pretty violent. Nobody moved. The feeling of Glenda’s hand had shut down all of my atom’s, and I was now in emergency orbit. I know I was being guided by some sort of sonar that night because I didn’t consciously do anything.

NOW… I regret to inform you that you’ll have to tune in tomorrow for the conclusion of what was a monumental moment in this future martial artists life.

“I ain’t no saint, but I’ve tried never to do anything that would hurt my family or offend God…I figure all any kid needs is hope and the feeling he or she belongs. If I could do or say anything that would give some kid that feeling, I would believe I had contributed something to the world”  -Elvis Presley

Did Glenda Bilbo meet her demise on that fateful day?  Tune in tomorrow to ShineUntilTomorrow to find out.    For PART TWO CLICK HERE.