The day my Grandaddy introduced my right hand to my left. -Sean Patrick Flanery

Flanery, get the hell over here!!

So, over I went.  My Grandaddy was just leaving the scoring table at one of my swim meets when I was about eight years old.  He put his arm around me and walked me all the way to a bench on the other side of the pool.  The meet was still going on, but I was done with my last event. 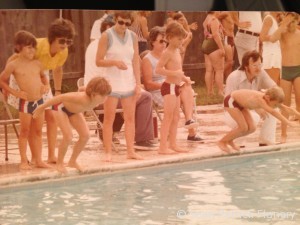 I was wringing wet and fresh out of the pool after having placed fourth in the 25 freestyle in the boys open division.  After all of my age division events I’d always swim in the open, which was any age up to 13.  The crowd was roaring as Pierce Huntington had just absolutely destroyed me in the 25 meter freestyle.  Pierce was a bully of 12 years old and came from a family of swimmers, but that was no excuse for being beaten by almost half the length of the pool in a ONE LENGTH RACE!  My Grandaddy always made me sign up for the open division whether I’d won my age group or not.  He always said that “ain’t no one ever learnt ta win if they ain’t learnt ta lose first.”  And against all the older kids, I became a fucking black belt at losing.

“You seen how them biggers can cross that pool?  They leaving you fer dead.  That boy got out and laughed at my Granbaby.  Don’t feel good do it?  I know you thinking’ ain’t no way ta beat that arrogant prick, Pierce.  But, Ima tell you where he don’t stand a chance ta you.  You swim the 25 and you both goin’ fast as ya damn can the whole way, ain’t cha?  That’s cause a short race like tha 25 only care about the nature of a man, and that’s only what ya see when ya look at him.  And the eyes only see 4 years older, stronger, longer and bigger.  The 25 meter only care about them things.  So that where he always gonna beat ya, ’til ya catch him up in size.  You wanna beat him NOW, then you gotta steer the fight to where you got more of the necessary elements for victory.  Ya see, he only beatin’ ya on nature, but I can see in his eyes that he ain’t got nothin’ from nurture… and that where character come from.  And character what ya gonna need to keep goin’ once that basterd, Lactic acid, start trying’ ta tell ya in every different language known ta man that you need ta stop paddlin’ & exertin’, or your body gonna shut down, and maybe even die.  But the one with character and heart, well, he gonna be able look that Basterd in tha eye & tell it ta “sit the fuck down, son, I got work ta do”.  The 25 too short ta see a man’s heart… and character.  But if that boy ever need ta swim long enough ta bring them 2 into the equation, he gonna come up empty… and my little tiny gonna show him what all the things that make up a man look like.  An he ain’t gonna recognize a single one. 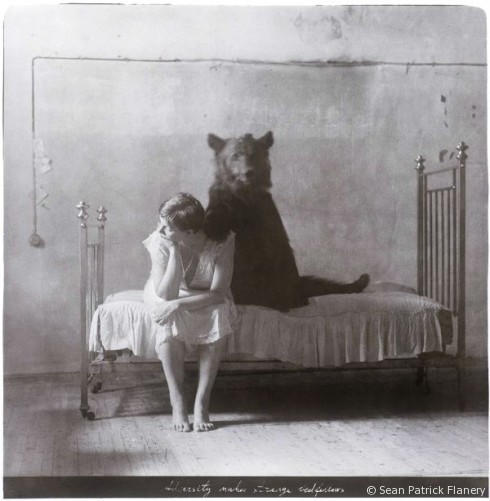 Well, I seen that boy’s name on the list for the 400 open, so I put you down too.  That 16 lengths.  Now only ’bout half of that care about nature.  And maybe he gonna fight a little bit through the next four lengths as well.  So I expect ya be losin’ fer tha first 12.  But, you stay close enough to test him, and you gonna see that boy cower when tha real pain come.  And when it come, you look that Basterd in tha eye and you SIT HIM DOWN.  He gonna listen’ ta tha constitution of a Flanery.  Then when Pierce look over at you creeping’ up, and trust me, he will, he gonna know you gotta be feelin’ Ol basterd Lactic just tha same.  But when he see that you stared tha Basterd down & ain’t quit… well, he gonna go looking’ for some heart and character of his own, but he gonna come up short.  And in that moment… my tiny gonna pass him where it really count.

‘Member, ya don’t fight purty with ugly & ya don’t fight big with small.  Ya fight it in the arena where ya know you got more.  And EVERY little shit out there’s got less than you SOMEWHERE… ya just gotta find that “where”.  But anybody in tha world you wanna beat, GONNA get beat long as you take ’em to a place require heart, desire & character.  You gonna find most peoples in life scared of tha damn deep end, but that’s where all tha good shit float.

Listen, you all alone in that pool, son.  Same gonna be in life ‘ventually.  Pain gonna come.  BIG pain.  You either SIT his ass down… or he gonna do you.  One day Grandaddy ain’t gonna be here.  A big part of bein’ a man is learnin’ how ta hold your own hand when tha lights go out.  Now let’s go introduce Pierce… to a man.

Oh, and don’t tell ya Mamau we cursed.”