Some guy named Elsinore, the transgender Eskimo, and the magic of Fourteen. -Sean Patrick Flanery

If you keep the truth in your back pocket… you’ll spend your whole life standing.

I went bobbing for apples at the Thanksgiving day state fair when I was around six years old.  There was a teenage eskimo named Elsinore that ran the apple booth that I knew from down the street.  I knew him because he worked the crosswalk on schooldays and would always help the younger kids get across the busy intersection.  I think I was the only one that ever spoke to him as we waited for the traffic to clear.  He was different, angry, and always looking up into the sky, like it was too much trouble to just tilt his head down to see who you were.  I stood in line at the fair and tried to get an apple a total of seven times that day and never once even came close to biting into one.  Elsinore said that my mouth just wasn’t big enough to wrap itself around a big apple yet, much like some brains aren’t big enough to wrap themselves around some ideas.  He said that he couldn’t change the apples, but not to worry because the years would change my mouth.  Elsinore always said weird things, but I liked him anyway.

One day at the crosswalk I asked him what it was like to be an eskimo, if he’d ever seen any elves, and why they would EVER choose to move away from Santa!!  Elsinore said that he used to not believe in any of that stuff, but that his identical twin sister Elsie, who still lived in an igloo up at the North pole certainly did, and that she convinced him… and then he proceeded to tell me a story about believing, the same story that Elsie had told him. 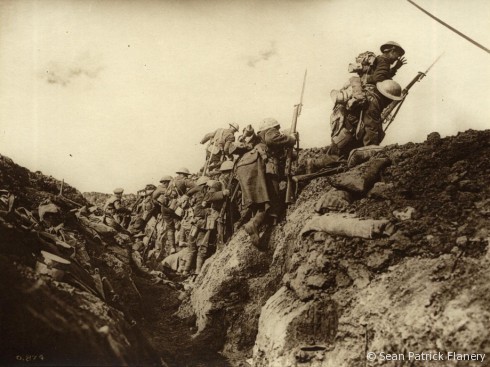 Searching for magic in a week of no Sundays.

It was a story about an entire world war that happened a long, long time ago, where people were dying and killing each other faster than ever before in history.  He said that it was like a game of dodgeball, and that both sides were hiding in trenches about half a football field apart, and that they’d just climb out and charge through a sort of no-mans land to the other side, only to get chopped to pieces by enemy gunfire, and that there were some places in no-mans land that the bodies were stacked three people high, that the trenches were freezing and muddy, and that people were dying of exposure even if they didn’t charge… and that this went on for about 120 days before something changed.  And that’s when it happened.  Out of the silence, and long after the sun had gone down, a German soldier started singing a song, and his voice carried all the way across no-man’s land.  Belgian and British soldiers heard, and slowly joined in from the other side until the communal chorus was almost choir-like .  Finally, when the sun began to show it’s head, so did the sworn enemies.  From both sides, the soldiers began to peek over the trenches and see each other.  But, this time was different. Not a single gun was fired.   Instead of diving back into their respective trenches upon seeing their enemies, this time they just stared deep into the eyes of each other.  Out of nowhere, the soldiers from both sides decided to lay down their weapons, and slowly climb out of their trenches… completely unarmed.  Some approached their enemies with tears in their eyes.  Some just stood in utter astonishment at what was happening… but no one fought.  Elsinore said that they gave themselves the greatest gift they’d ever received.  They gave themselves peace for a few wonderful hours.  They laid down their guns and spontaneously decided not to fight.  He said that it was a silent order from Santa Claus’ boss not to fight, and that because they all believed… they all heard him that night. 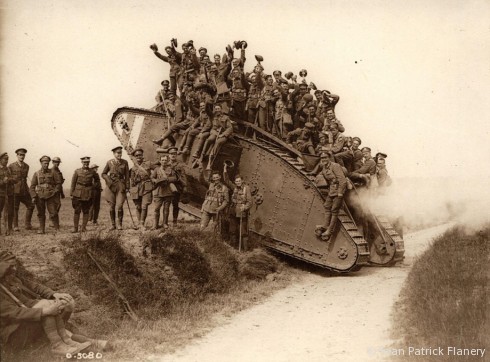 He said that it WAS hard to leave Santa, but that he sees elves every single day… and that so do I.  He asked me who I thought made the best gifts in the world.  I said elves.  He then told me that the best gifts in the world are the gifts we give ourselves, so we must all be elves.   And that our consistent belief in Santa keeps us building our own gifts all year round.  I told him that some of the kids said that Santa didn’t exist, and asked him if he was sure he’d seen him up there.  He said that if Santa didn’t exist, then we’d stop giving ourselves all the cool stuff in life.  He said that we all come from some place, and that we’re all going some place, and that Santa’s boss is in charge of it all, and that he didn’t build a staircase to nowhere.  He said that if we stop believing in tomorrow, then we won’t bother with taking care of today, and that without a today… we’ll just sort of wither away..

Elsinore said he’d asked for a gift from Elsie, and that if Santa was real, then he’d get it.  He said it was the best gift in the world.  I reminded him that he said that the best gifts in the world come from ourselves.  He just looked up into the sky again, and said… “exactly”.  It didn’t make sense at the time, but what did I know… I was just young and stupid.

I never saw Elsinore again after that holiday break..  His twin sister Elsie was working the crosswalk the first day back after the new year, and she said that Elsinore had told her everything about me.  She said that Elsinore told her to tell me that Santa Definitely existed, and that he knew because he got his wish, and that he traded with Elsie and is now living with Santa up at the North pole.  I knew in my heart that Santa existed anyway, but it sure felt good to have Elsinore’s first hand confirmation.  But, he was wrong about the identical part.  He and Elsie were different.  She was nice, friendly, and always smiling… and she even looked at me.  She even looked at everybody. 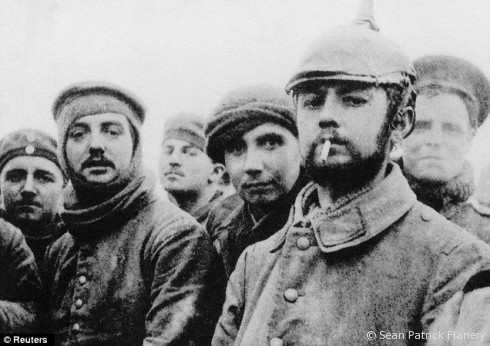 A wonderful moment in time.

THIS is the real incident that Elsinore was referring to:

Although one of the deadliest wars in history, WWI had only been raging for 120 days when men were being slaughtered at a record pace.  Death and bodies were everywhere, with men being shot after having barely escaped the cold of the previous night covered in mud.  Soldiers faced each other in wet trenches that were at some points no more than 50 yards apart.  Like clockwork, men would rise, climb the ladder out of the trench and sprint towards their enemy through no-mans land, only to get lacerated by the gunfire and fall on a heap of previously killed men from both sides.  This continued day in and day out with neither side gaining so much as an inch.  It continued because both sides were convinced that their respective foes were five steps below human, with absolutely no redeemable qualities whatsoever & who welcomed death to defend an inexcusable ideal.

Amidst such a horrible display of humanity arose one of the most monumental moments in the history of humankind.  Something absolutely magical happened completely out of the smoky black haze that separated the sky from the rain and smoke and fire and death that blanketed the area.  A certain thing entered that place and provided a glorious episode of sanity from amongst the slaughter that encompassed the front.  Something occurred that spoke to the soldiers in a universal language and convinced them not to fight.  For a brief few hours, both sides spontaneously laid down their weapons and slowly climbed out of their trenches and approached each other.  Some bearing gifts of chocolate and tobacco, with tears in their eyes.  Some picking up their foes in a warm embrace.  Some even began playing a friendly game of soccer, while others just stood frozen in astonishment at what they were witnessing.  But all in accordance with a silent, but understood cease-fire.  This wonderfully magical moment actually happened.  And if it happened once, then it can happen again.  THIS is what I want to bottle and hand out to all of humanity.  Whatever the circumstances were that happened on that day need to be located, identified, distilled, contained and handed out to any and all.  We need to bottle “belief”.  People for one very brief moment believed in something bigger, larger, and more important than themselves.  They believed in each other.  They believed in the universal “us”.

SO, what is it exactly that happened?   I’ll tell you what happened.  …Christmas happened…  and it happened on December 25th, in the year 1914.  Not a holiday… but Christmas.  …Christmas Fourteen.

The very next day, under strict orders, both sides went back to fighting, to slaughtering… to altering each of their families lives forever.  But for one beautiful moment, they all believed.  WE… all believed. 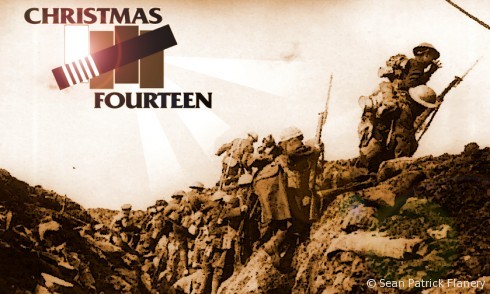