If you’re intent on saving yourself, then make a PUBLIC PROCLAMATION to do so!! -Sean Patrick Flanery

I’m blown away daily at how many people have decided to re-claim their health… and lives.  Every single day I receive numerous messages on Twitter from people that have truly made significant changes in their lives for the better.  People that have already lost sixty to even one hundred pounds!!  I’m completely blown away.  SO, I’d like to compile a list of all the people that have already made changes, are in the process of change, AND those that are about to start.  Yes, I’d like to keep tabs on all of you.

Keep your promises safe and solid by testifying to the world that you will SHINE… until tomorrow!! -Sean Patrick Flanery

Promises are like babies, they are easy to make, and hard to deliver

It’s easy to cheat yourself, but it’s very difficult to cheat your friends.  SO, I’d like all of those ready to re-claim their lives and health to go to the comments section below and tell their story in its entirety.  If you’ve made a change, then tell us how big the change was and how long it took.  If you’re ABOUT to change, then proclaim right here just exactly what you WILL accomplish, and WHEN it will be accomplished.  Yes, I want you to proclaim it publicly, and promise us all… as well as yourself.

“HALF THE PROMISES PEOPLE SAY WERE NEVER KEPT, WERE NEVER MADE”  -EDGAR WATSON HOWE

Whether it’s losing weight, eating a healthier diet, quitting smoking, or just living more consistently with your convictions, state it below and be specific.  But first, walk down to your bathroom and look in the mirror and promise yourself that you won’t lie to me.  After all, we’re friends, and friends don’t lie to each other. 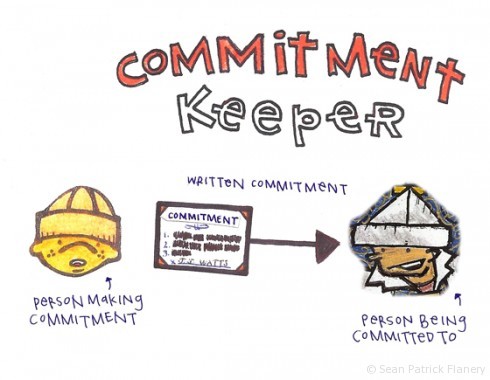 The new rules of your resolve: make them public. -Sean Patrick Flanery

I’ll go first… again.  I promise to continue to cut Reese’s peanut butter cups out of my diet entirely, as well as reduce my sweets and/or desert intake by 80% for an additional year.  I also promise to continue my consumption of at least one vegetable smoothie per day for a full year. That means raw cale, carrot or spinach.  What was once “NASTY” is now quite nice!! 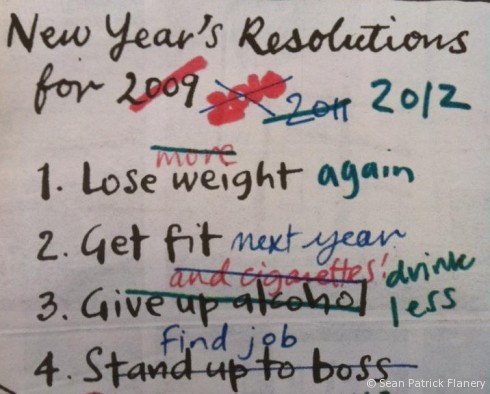 If you really resolve to make a change, then start right now.  Let’s separate the talkers from the doers.  So let’s hear it.  Say publicly exactly what you will accomplish, and don’t forget to include a deadline.  Then, sign/type your real name.  Promise yourself and everyone listening and reading.  Show people that you love yourself, by taking care of yourself.  And stop expecting other people to treat you better than you treat yourself.  If you want it, there it is… go and get it.  Change your life forever, and join me in changing mine.

Okay, new year’s eve is NEVER the time to lose friends because of a bit of tough love, but here goes.

For everyone that has an obesity problem or is overweight, make a decision right NOW to unidirectionally work towards a healthier YOU.  And STOP with the “I want someone who will love me just for me” crap!  When you go down the hall and stare in the mirror, that IS who you are.  AND, if you’ve bludgeoned your body with too many unhealthy foods and not enough exercise, then it will surely show up staring you right in the eyes.  Your physical body will speak volumes to others about the level of care you’ve allotted to your own person, and the level of care that you’re capable of.  If you don’t love yourself enough to prioritize your own health, and you end up treating your own body like crap, don’t expect anyone else to do any differently.  After all, you’ve got more skin in this game than ANYONE.

BUT, I will have you know that I will not give up on you… hate me or not, I’m not going anywhere.

On this day, right here, right now, make it an ethical issue as to whether or not you take care of the SOLE vessel that was given to you to take you through life.

Most people spend more time writing out a grocery list than they do planning out the most important aspects of their lives that they desperately want to achieve.  And at the end of the day, how important is it REALLY… if you forget the Velveeta?

Happy New Year everybody, God bless, and SHINE… until tomorrow!!!!