Glenda, my Grandaddy… and the champ.   -Sean Patrick Flanery

I believe in a tempered and calculated response in every self defense situation, so please do not use the following as an endorsed or even semi-proper example of good decision making.

One more note: It is an edict mine that a beautiful girl will make fools of us all, and there is no martial art in the world that can combat the lure of a pretty girl.  If you find yourself under the spell of such a magnetic creature, just know that all logic and rational thought will be thrown in a closet until she leaves your presence, so adjust accordingly.  The following is an example of decision making in the absence of logic or rational thought.  God help me. 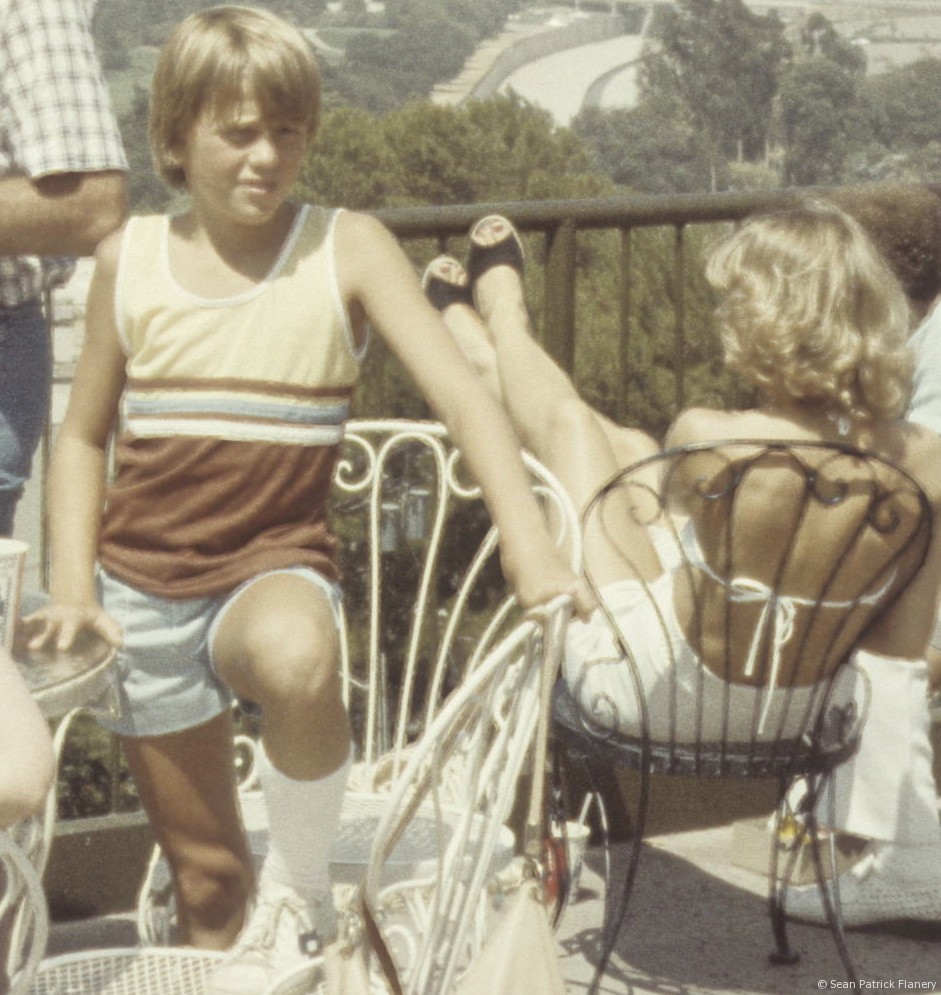 Don’t look, but there’s one over my left shoulder!!

“I hope I didn’t bore you too much with my life story.”   -Elvis Presley

Okay, so where were we?  Ah, that’s right, the breakfast meat was heard seemingly giving a thrashing to the thief in the pitch black garage.  Now, logic would have had me take Glenda out of harms way and call the authorities.  But, her hand felt so wonderful in mine that I didn’t even want to move for fear that it would slip out.  Her level of beauty had a way of bludgeoning my cognitive ability to something near the Pavlovian level.  So we stayed, frozen in the bliss of a… oh yeah, there was a fight to the DEATH going on mere feet away!!

It is my goal to start teaching the male students at our academy how to combat P.G.T.V. (Pretty Girl Tunnel Vision).  How to effectively step out of the P.G. tunnel and accurately assess a situation.  The P.G.T.V. course would only be available to men, however, as a woman who were to come about this knowledge, could reverse engineer it and stepford every man into submission.  For this reason, my P.G.T.V. program will be a heavily guarded secret!!

DISCLAIMER: I HAVE HAD ABSOLUTELY ZERO SUCCESS IN COMBATTING P.G.T.V. THUS FAR, AND IT’S COURSES ARE STILL IN THE BETA PHASES OF TESTING, BUT CHECK BACK REGULARLY… AS I’M SURE WE’RE CLOSE TO FIGURING OUT THIS PHENOMENON!!

“I’m trying to keep a level head. You have to be careful out in the world.  It’s so easy to get turned.”  -Elvis Presley

Suddenly the guy appears out of the darkness sprinting right for us. And, in the throes of a severe case of P.G.T.V., I bent down, punched him right in the genetic legacy, tried to tackle him, and literally latched onto his leg. He smacked me in the head with the car stereo as I held onto his leg while being dragged down the driveway (arguably the stupidest thing I’ve ever done in my life).  As we cross the street, my head hits the opposite curb as he tries to run up a neighbors yard. Suddenly we’re both tackled to the ground by a police officer who was called to the scene by the Piggly Wiggly stock boys.

IN AN ACT OF GRATITUDE FOR THEIR ASSISTANCE, HOLLYWOOD BJJ WILL OFFER SEVERELY DISCOUNTED RATES TO ALL POLICE AND MILITARY PERSONNEL.

At this point, Glenda is crying her eyes out because I’ve got a big gash in the side of my head with a treble knob from the stereo sticking out of it, but other than that I was fine. The cops take us all back to the garage with their big Q-beams and light up the place. There stands soldier sausage tied to a post by a set of jumper cables… yes, jumper cables. The Sausage was dead silent as the cops kept yelling “are you hurt?”. The Sausage didn’t move. The lead cop (or whatever they’re called) stares at him for a quick second and then says to us to get back to the dojo with another cop. I took one last glance to confirm what I’d seen just as Glenda’s hand crept back into mine.

Just because you sprinted across a firing range once without getting shot, doesn’t mean it’s the right thing to do.

On the way back to the dojo, I heard her voice utter the first words she ever spoke to me, and I still remember it, not like it’s yesterday… but like it’s today.  She stopped me, looked me in the eyes, and whispered: “was that pee?”. I looked back at her dead in the eyes and said: “yeah, in all the exitement, it looks like his trouser worm sprung a leak.” The sausage closed the dojo pending the recuperation of his injuries. The newspaper had a story of the incident recounting The Sausage’s version in which there were conspirators hiding in the garage, forcing him to battle an undisclosed number of foes. They even misspelled my name. My Grandaddy said, “I told ya he was a champ!!!!”.  Oh, let me back up again.

I don’t endorse slurs of any kind, and only allow this story to be told because it is factual and from a wonderful man who grew up in a different age and in a different social era.  It was said without malice, by one of the best people I’ve ever known, and in a very matter of fact manner.

The first time my Grandaddy told me what “homosexuality” was, was after hearing him refer to a couple gentlemen as “champs”.  I asked him what they had won, and what they were the champions of.  He looked me right in the eye, took a moment to decide if I was old enough (which by most social norms I should have been MUCH older) and said, “no son, you see, they ain’t like you an’ me.  They ain’t skirt chasers.  When they git home, the one in front gone bend over… an’ he gonna take it like a champ”.  I had absolutely no idea what he meant until years later… when it hit me like a brick wall.

Glenda called the paper the next day and had them write a correction of the spelling of my name. The sausage never re-opened.  In ’93 my Grandaddy bought the very first Ultimate Fighting Championship event on pay-per-view, taped it on VHS, and sent it to me in the mail with a letter that said: “Take a look at this Gracie feller that wins this fightin’ tournament. Now THIS kid ain’t no champ!!” 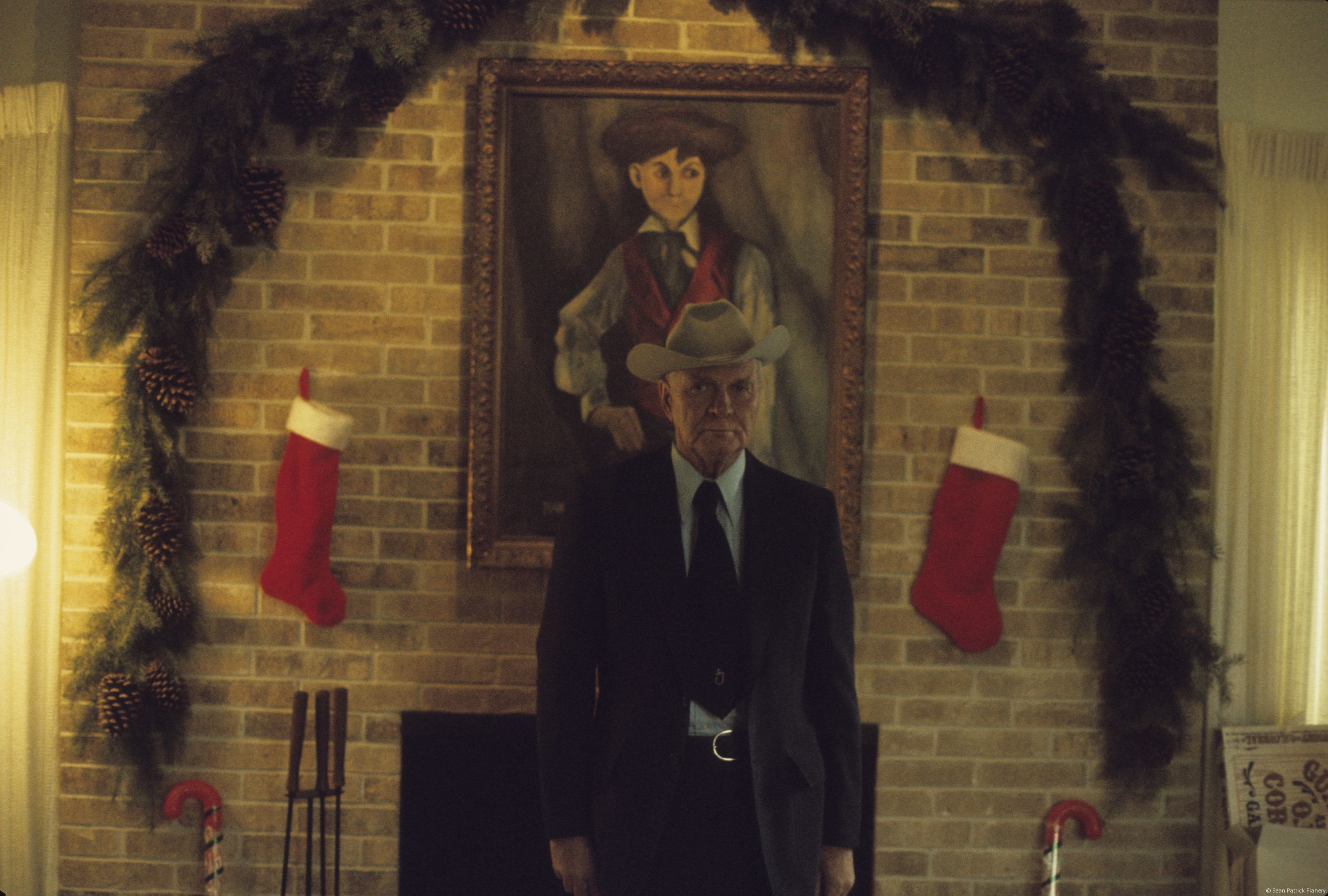 My Grandaddy showed me a lot of wonderful things about life & the world, and usually from new and interesting angles… but ALWAYS from a crystal clear lens that was never clouded by political correctness.